Croque Monsieur or grilled ham & cheese if you like, is such a staple in our Belgian bistros that even if it is kinda French, you can say it is a bit Belgian too. I know it is a simple recipe, but this kind of simple I absolutely LOVE!

As part of a series of Belgian dishes posted every first Wednesday of the month, I vow to demystify these uber Belgian classics for you. Step-by-step I will show you what to do, this will have you successfully recreate those gorgeous rustic Belgian flavours you discovered in Belgium.

Now there are about a million variations of this croque, but as this is about Belgian Classics, I kept it traditional with boiled ham and Gouda cheese on white bread.

CROQUE MONSIEUR – this hot sandwich with ham and cheese appeared on French menus around 1910, even Proust mentioned it in his book. ( than again we know how he feels about madeleines, he was the original foodie) Croque Madame has a fried egg on top and Croque Cannibal is with beef tartare. Traditionally it is made with white soft bread. 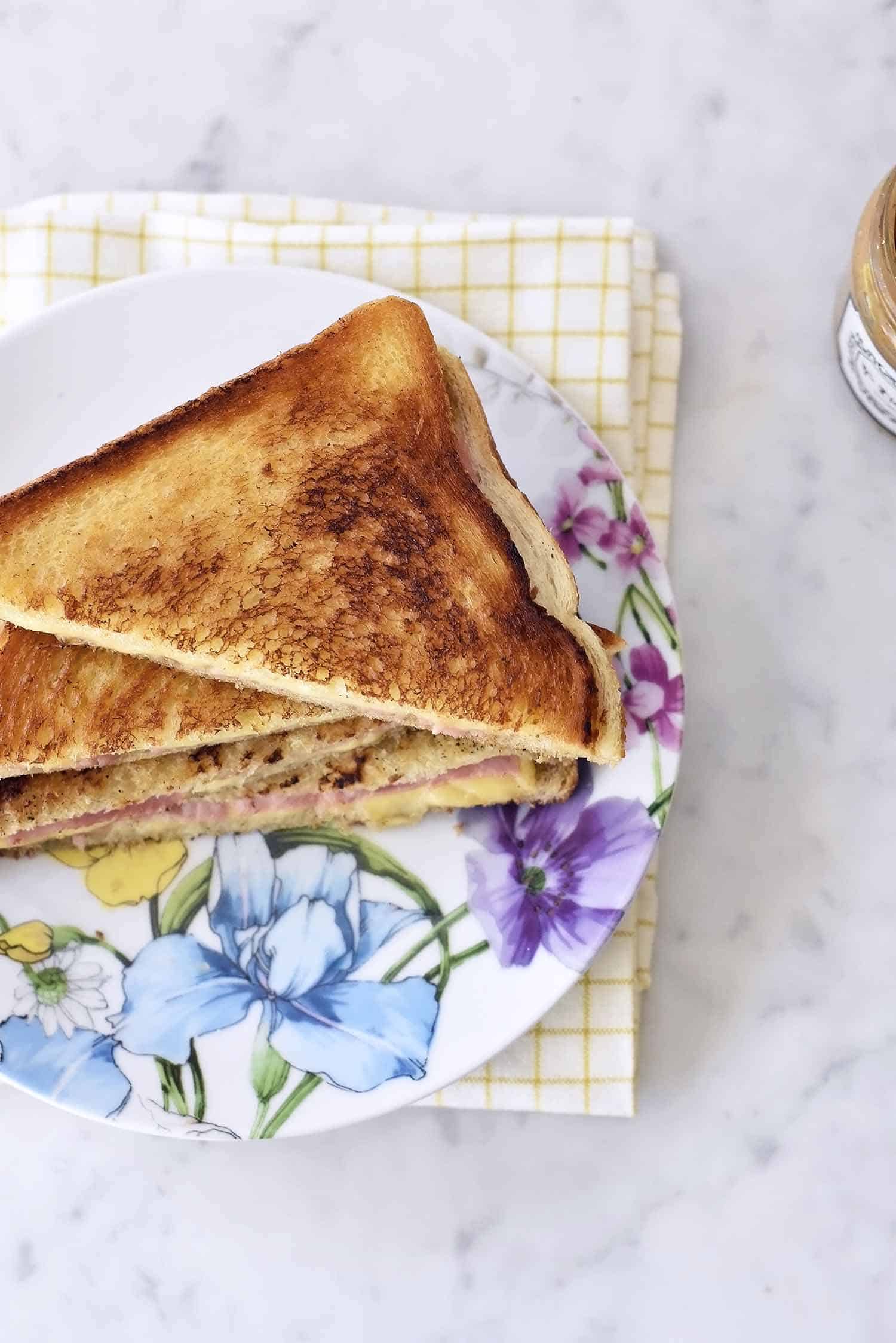 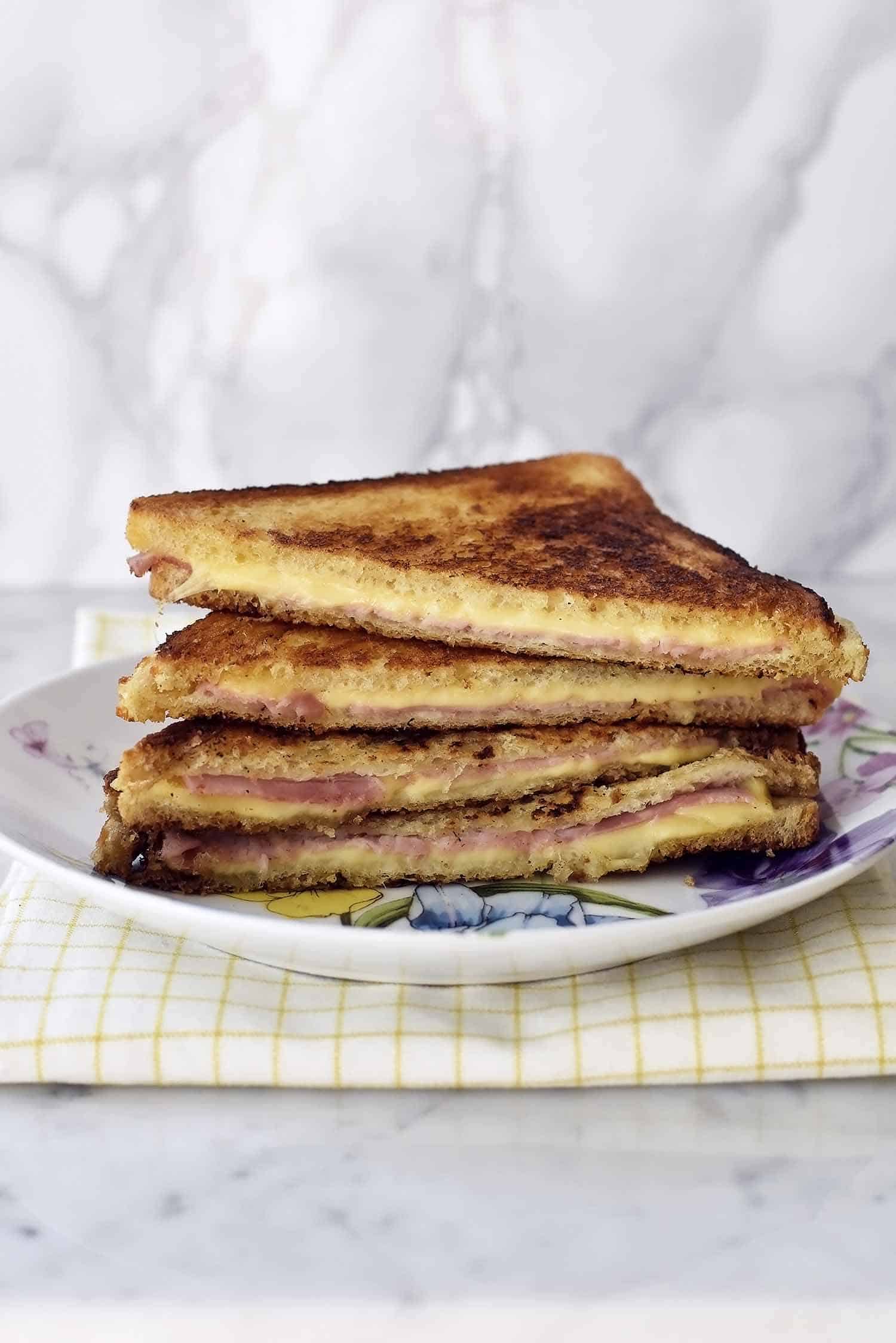 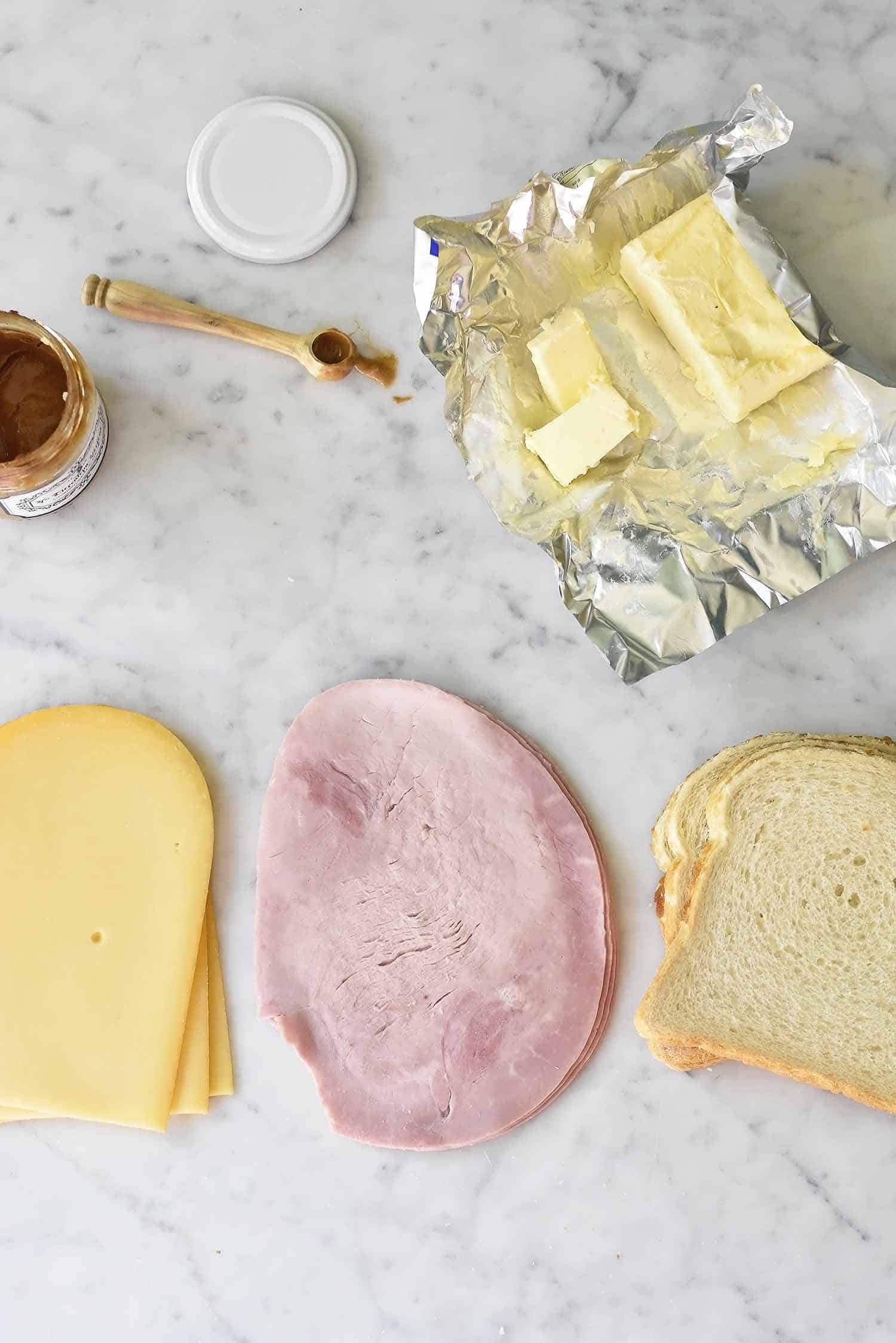 STEP 1: you need bread, ham, cheese and butter. Cover 2 slices of bread on the outside with butter, layer ham and cheese. You can add a little mustard or serve it separately. 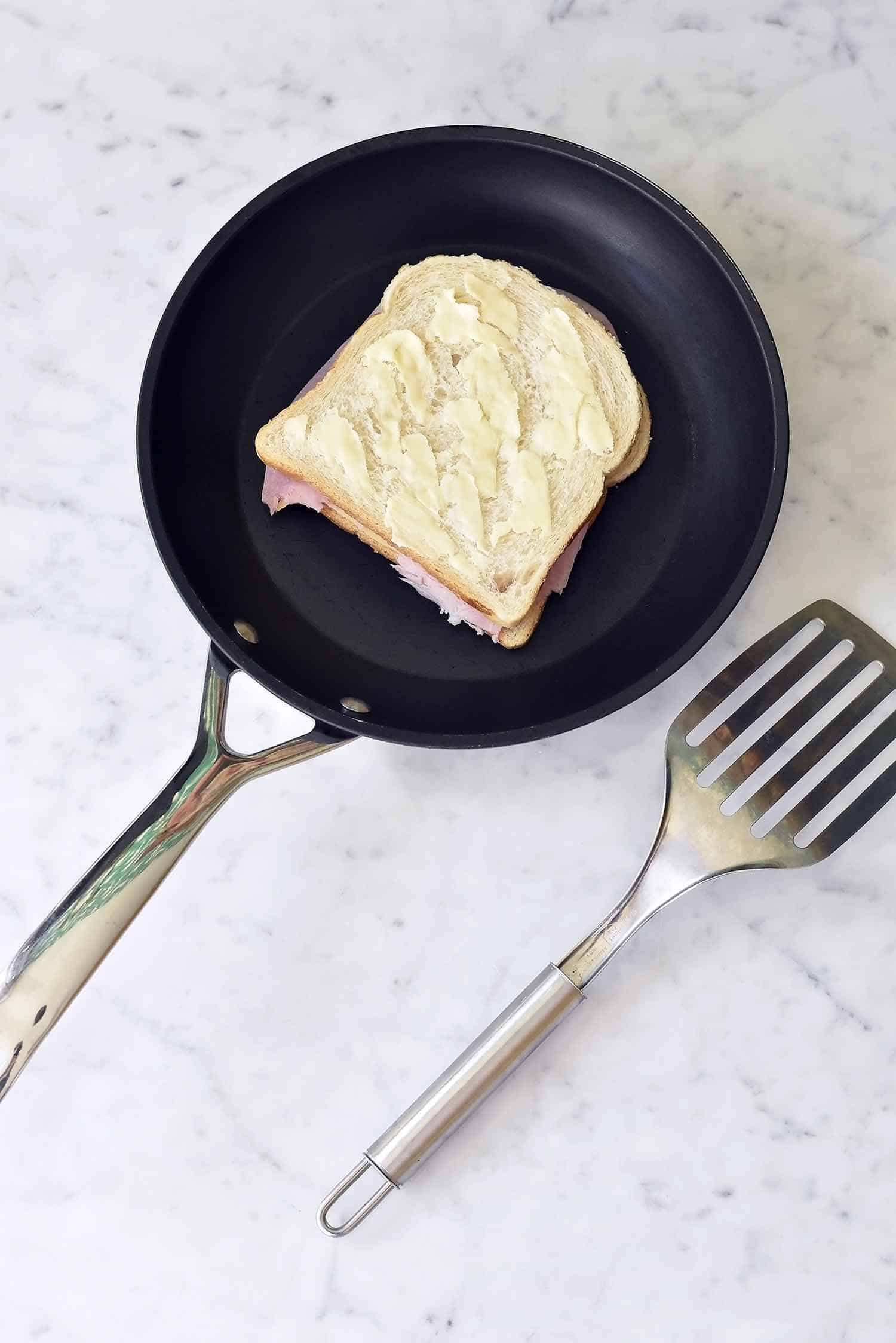 STEP 2: Heat a non-stick frying pan, fry the croque on the cheese side down for 5 minutes on medium to hot heat. Then flip on the other side and fry for another few minutes. 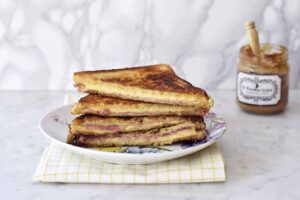