My almond and maple cake with strawberries and mascarpone cream

In season now : strawberries – YIPEEEEE, although they give me a terrible rash on my cheeks, I just can’t stop eating them! The 1st berry in season after winter,I am gorging right now and just don’t care. This sinful gluten-free cake is just soo simple and yummy. I used almond flour which is gluten-free instead of regular flour. I got this maple gift from a friend ( txs Shab) and as a substitute for sugar. I used olive oil instead of butter. I added to whipped cream some mascarpone with honey, and of course tons of strawberries. and the lilacs are in full bloom so I just had to add them. I LOVE spring! 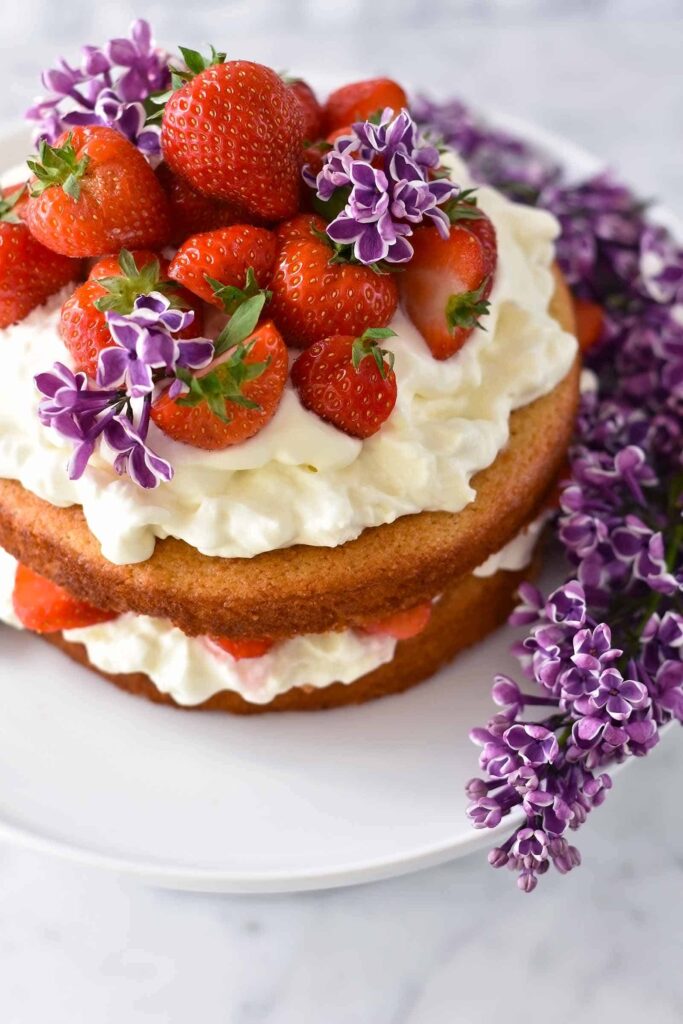 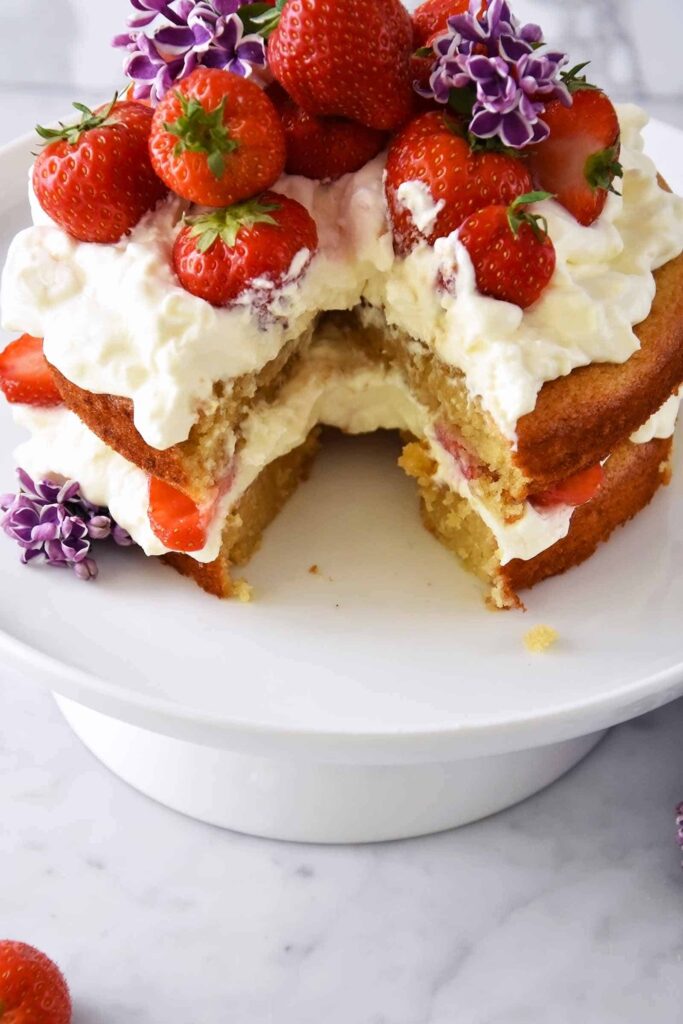 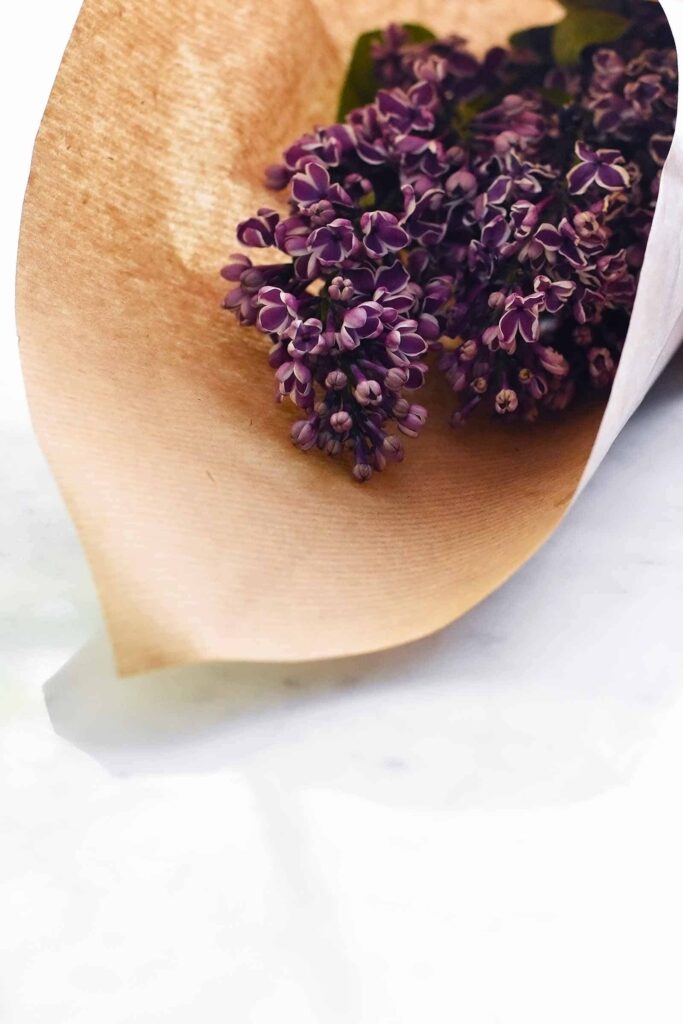 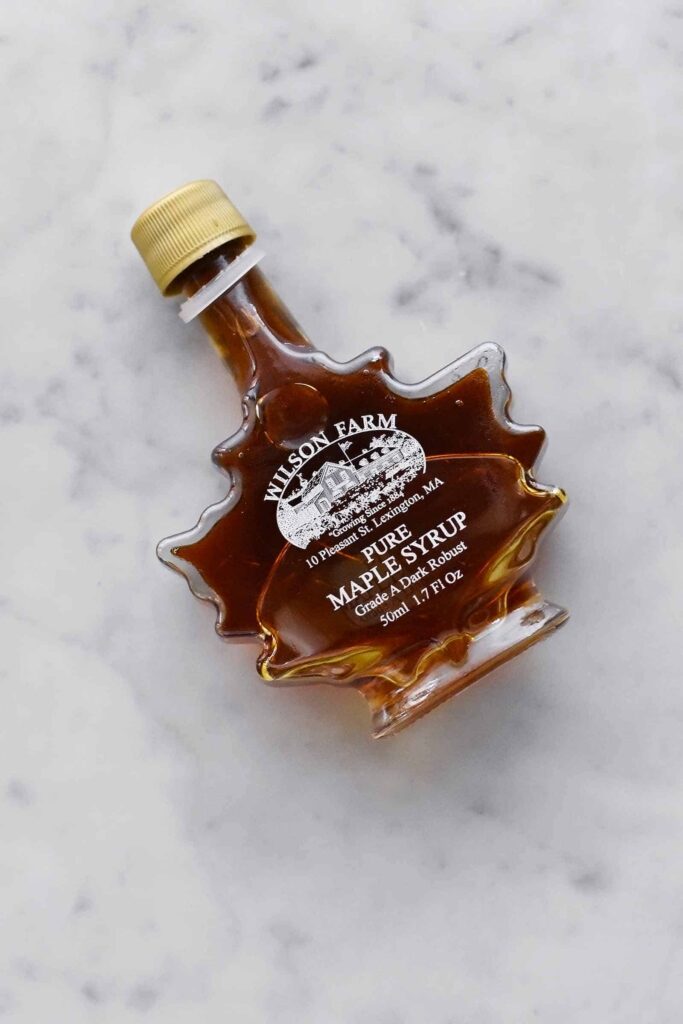 STRAWBERRIES – this fruit, it’s not really a berry apparently, found in the woodlands was already a huge hit in Roman times and in the 14th century on wards the Royal gardens were growing them by the tons. At the British King Henry VIII court the invention of “strawberries and cream” came to life in 16th century. In 18th century a strawberry from Chile came to France as a new cultivar. Some people( like me) are allergic  with hay fever type of symptoms. ( I still eat them anyway). In Belgium tend to be around all year but really come in season April to June at a high production level. In your garden you can start picking in June.

ALMOND FLOUR or powder – it is the same name for finely ground almonds. It is often used in gluten-free diets replacing flour. I might be a bit intolerant it think but mostly I love the taste of it. You can almost always substitute regular white flour for almond flour 1/1 but you may need to adjust the number of eggs needed as almond flour needs more binding agent.

MAPLE SYRUP – is made from the sap of well yes, the maple tree, not every variety is tapped, mostly sugar, red and black maple  . the North Americas top producer is Quebec,Vermont second followed by New York and Maine. The trees are tapped from Mid February to early April. The process of making the syrup requires for the sap to be boiled evaporating the liquid in to a dense syrup, turning sucrose into sugar. It’s unrefined sugar so a bit less horrible than refined white sugar. My friend Shab gave me this bottle and I just LOVED the flavour, THANK YOU! 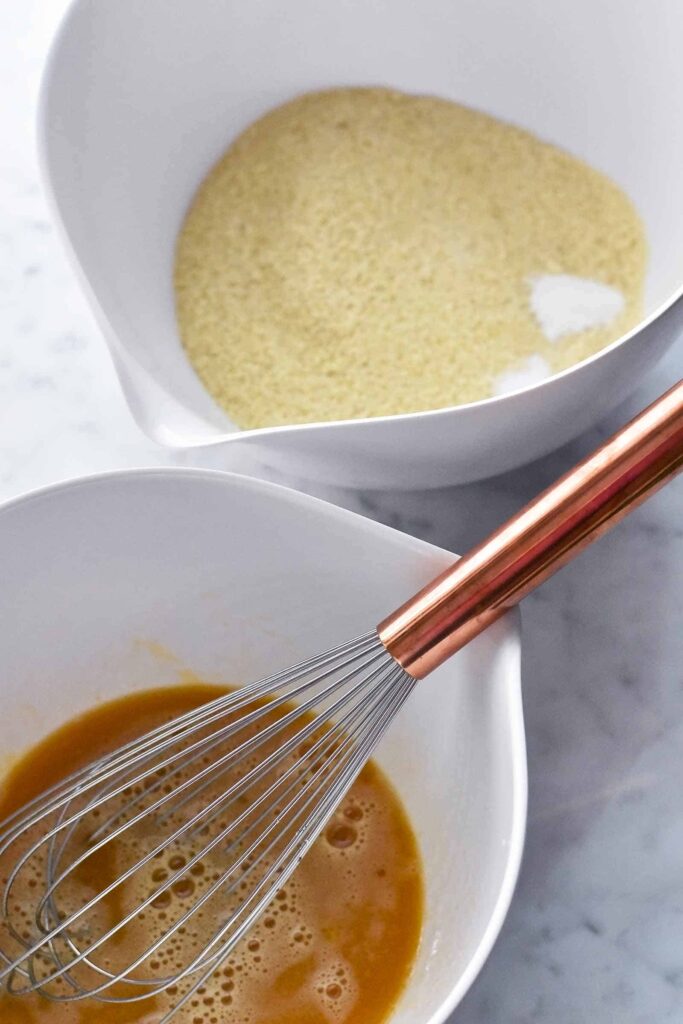 STEP 1: Mix the dry ingredients in a bowl and mix in a separate bowl the wet ingredients. 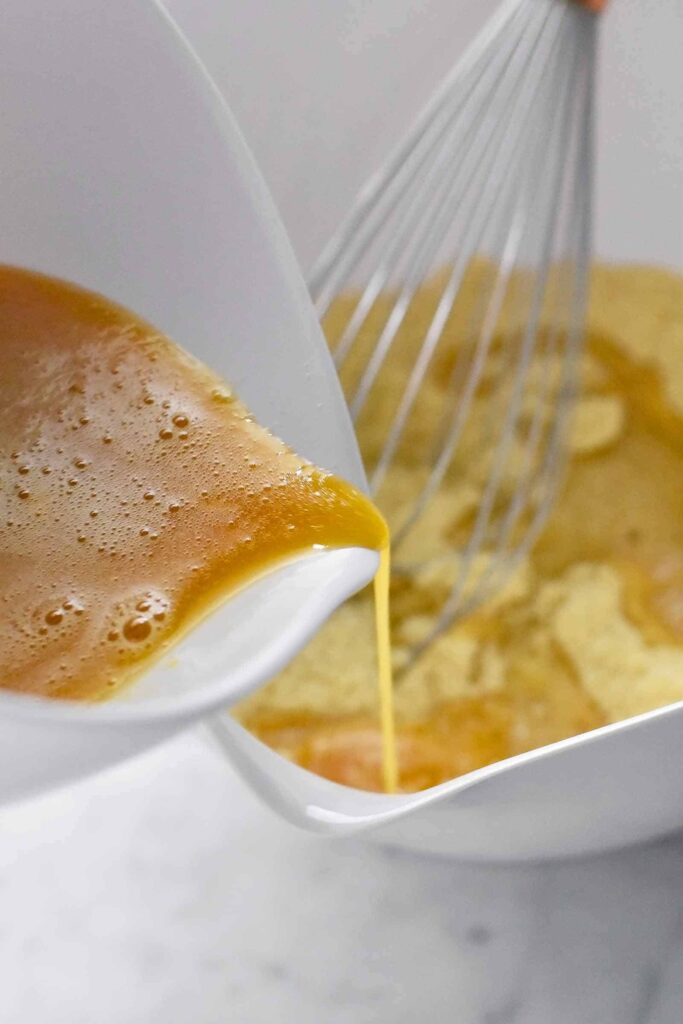 STEP 2: Add the wet mixture to the dry mixture. Incorporate well till all lumps are gone. 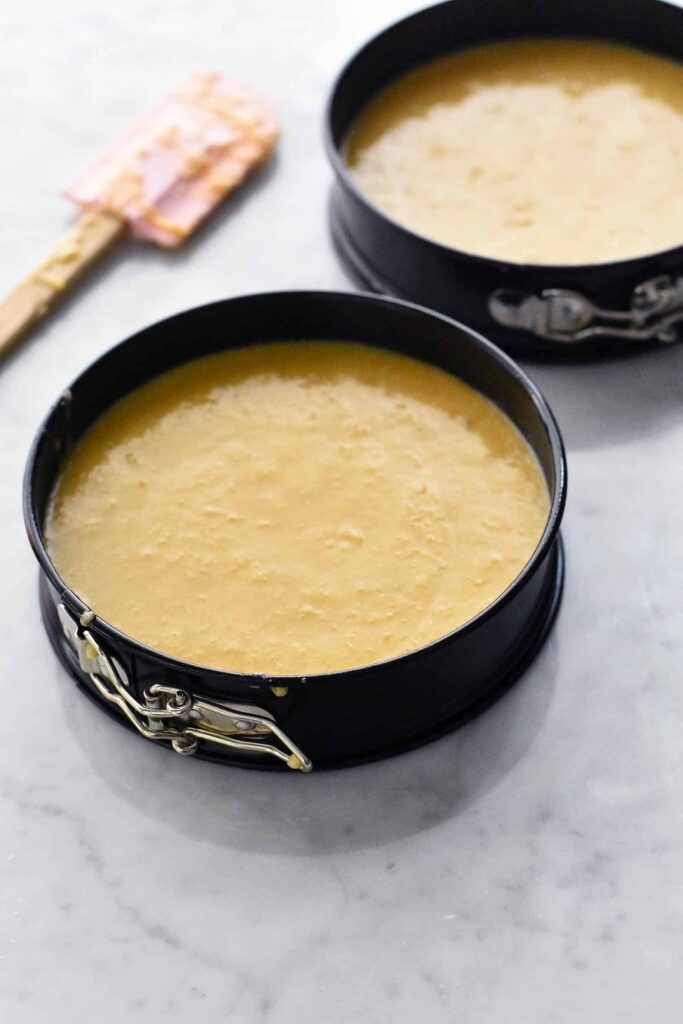 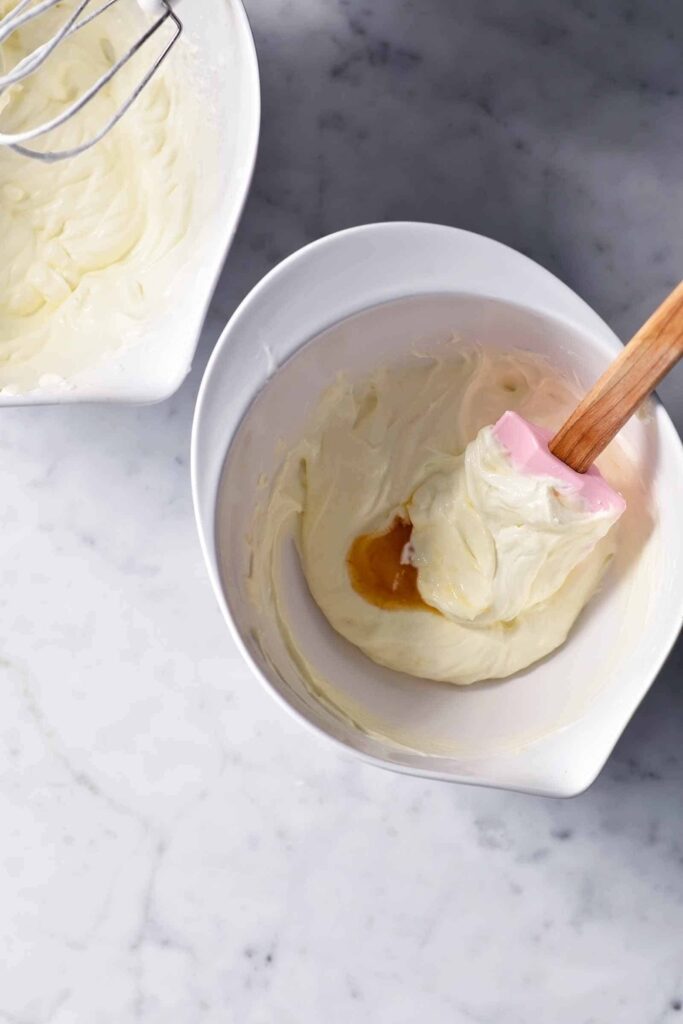 STEP 4: Add the honey to the mascarpone and bend well. Whip the cream and fold into the cheese. 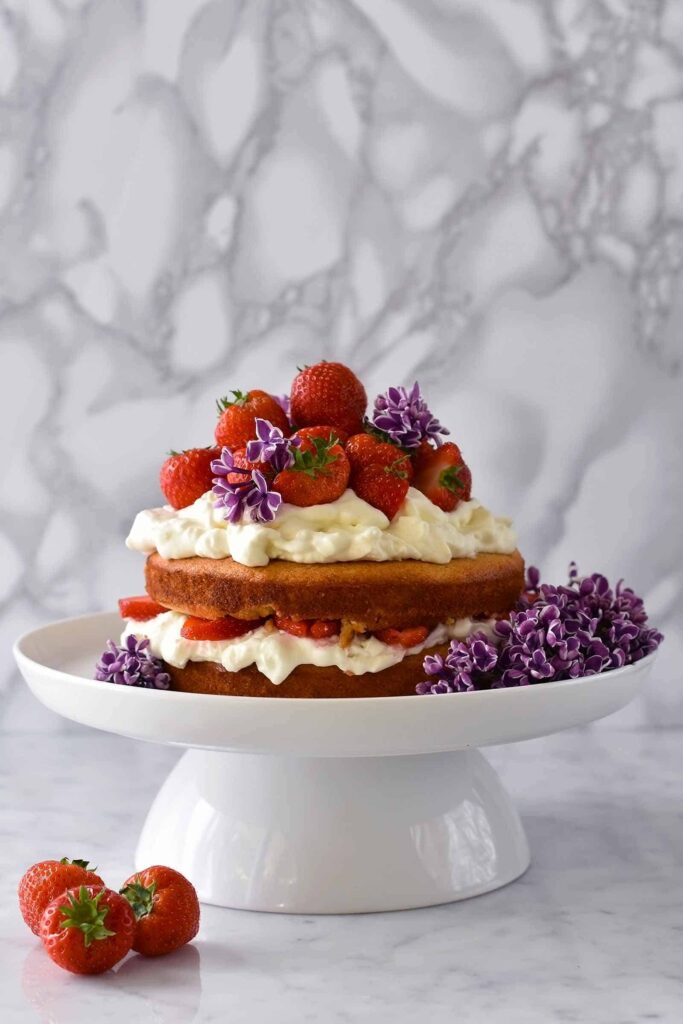 STEP 5: Layer the cake, cream and strawberries and serve. 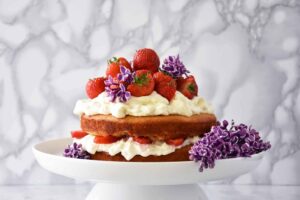 My almond and maple cake with strawberries and mascarpone cream

Written and photographed by Sandra Slawinski without commercial deals. I used my white bowls I got YEARS ago in the US at William-Sonoma, as is the pink spatula. The copper handle whisk is from Cook’s Atelier. The tea cup saucers  are from my precious collection: Royal St Petersburg china from Russia , Herend china from Hungary, Narumi china from Japan and the lovely white and gold set I got on a vintage market here in Brussels. Vintage silver and vermeil dessert forks some I got her gin Brussels, there is got from my mom.

My rhubarb fool with honeycomb crunch

My strawberry and oats breakfast squares