One of my favourite end of summer fruits are figs, they are sooo fabulous when they are sweet yet crunchy. I eat them like an apple, skin and all, which seems to surprise a few people?  And with te weather here in Brussels being a tad chilly i craved for a grilled cheese with truffle pecorino cheese and figs. To die for!

PECORINO CHEESE  – this Italian cheese is still traditionally made since the early Roman Empire days, from 100% sheep’s milk. Ageing between  8 to 12 months gives it richness and that crumbling texture. It is a well-know alternative to Parmesan cheese. My local cheese monger has a sublime truffle pecorino, to which I have to admit, I am addicted too.

FIGS – This fiber packed fruit native from the Middle East, loved by the Ancient Greeks and Romans, has been cultivated by mankind as early 9400 BC. Fresh, dried or in jam, it is simply delish!

MY SANDWICH – as you would make a normal grilled cheese, just replace the cheese by truffle pecorino, add some spinach leaves for crunch and fresh fig slices for sweetness.

TIP: always have the cheese layered directly against the slice of bread so it will easily melt when hitting the sizzling pan. 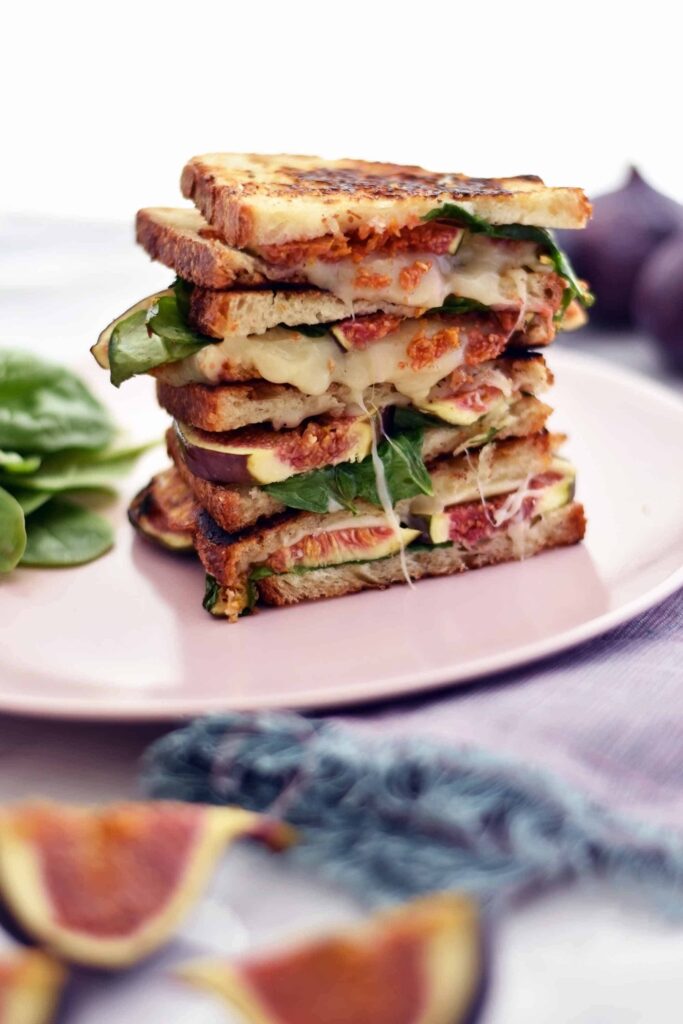 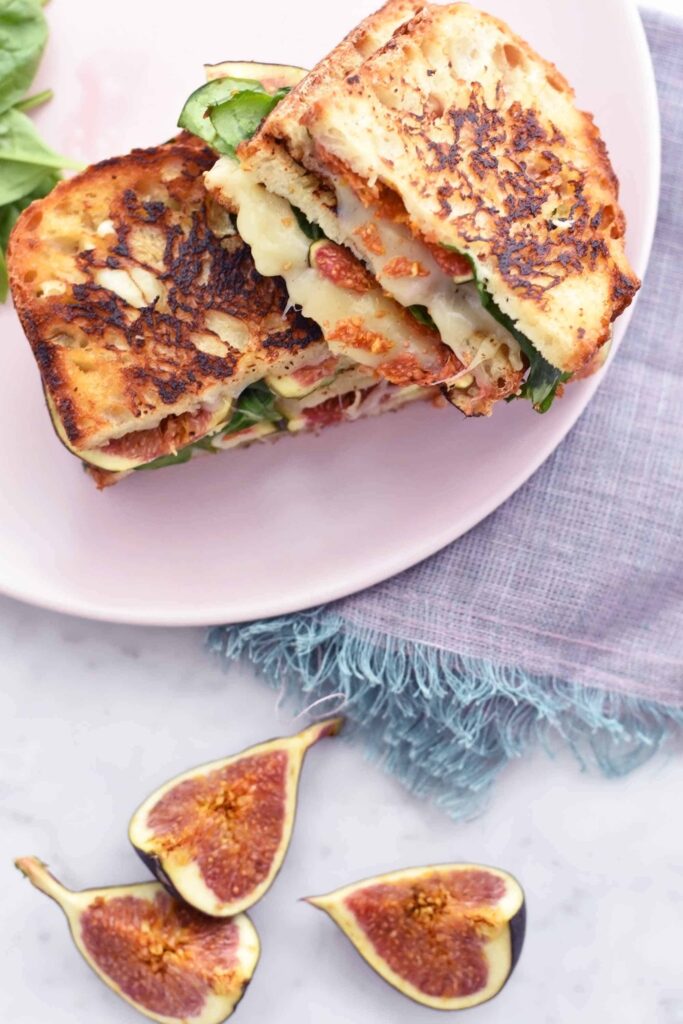 Written and photographed by Sandra Slawinski without commercial deals. I used my plate from Ikea and napkin from ZaraHome.

previous post
Last of the summer recipes: corn with a zingy topping
next post
My sun-kissed summer crostini 8 ways

My Cardamom roasted figs with goatcheese