Whether you celebrate or not, just enjoy ! People either love or hate oysters, there seems to be no middle ground. We also have a lot of misconceptions about the oyster and  know little about this gorgeous yet slimy creature.Let me shed some light, teach you how to shuck them and share 5 delicious ways to prepare them under 30 seconds.

Nature: the first is simply served in it’s own fresh juice, totally nature!

Vodka & Celery: splash some vodka over the oyster and add some fresh celery leaves.

Rockefeller: add a fresh spinach leave, a bit of diced shallots, panko bread crumbs and grated Parmesan cheese. Bake in the oven under the grill for a few minutes till golden.

OYSTER ISLAND  – Yes, New York City was THE place to eat oysters in 17th century. The banks were filled with oyster beds and everybody loved them: native and migrants. Ellis Island was referred to as Oyster Island back in the day. In Europe of course the French oysters have been popular long before Napoleon reportedly ate a few before each battle. France is blessed with oysters in Normandy, Brittany, Central West Coast and Arcachon, needless to day they know their stuff. Japan has also long perfected the enjoyment of oysters form their shores

OYSTER TYPES AND RANKS – Most will know flat (plats) and cupped (creuses) oysters. There are hundreds varieties but all traced back to 5 species: Japanese or Pacific Oysters (cupped ), Kumamoto Oysters, European oysters (flat), Atlantic Oysters and Olympia Oysters. Their shells give it away where they are from. But generally on a menu you see them numbered, what does that mean? For European oysters, flat oysters they are scaled from 6 to 000: the more 0, the bigger and fleshier they are. The Pacific Oysters, cupped, know a scale from 5 to 0, again 0 being the bigger ones. 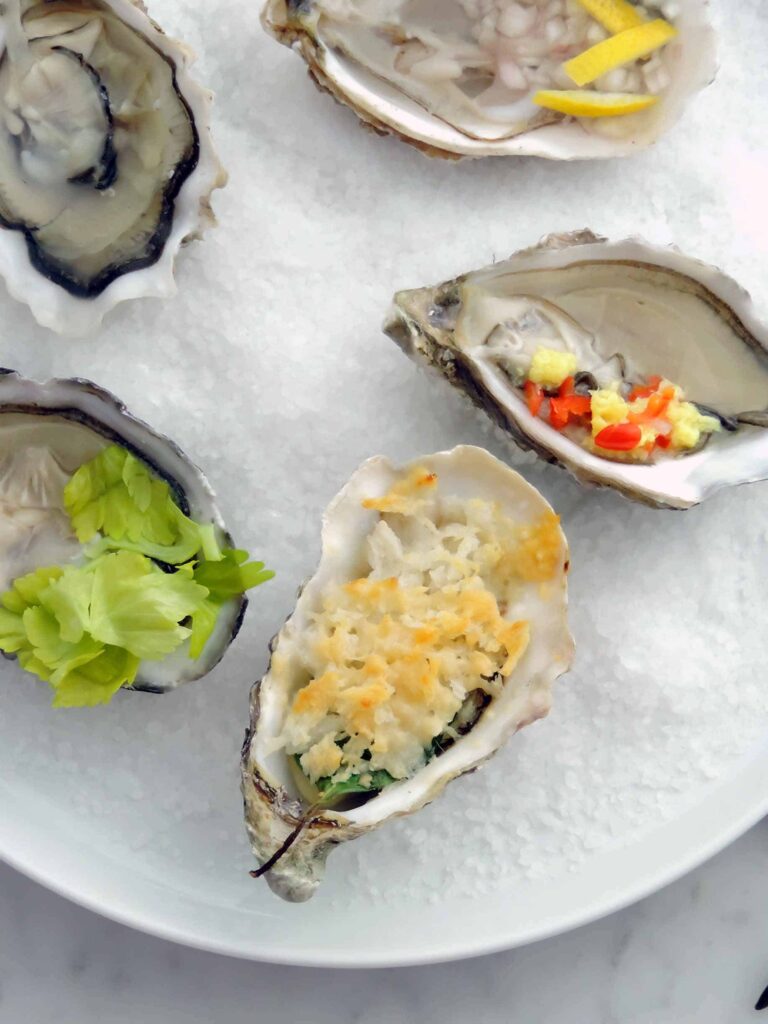 SEXY AND TASTY – Do oysters really have aphrodisiac qualities? They contain a lot of Zinc which boosts your energy, immune system and your sex drive as well. But they are also so avantgarde in taking care of our environment by filtering about 200 liters of the water per day.  Not all oysters make pearls however. The ones we eat don’t produce pearls, you won’t miraculously find a pearl in your oyster, they are found in deep ocean waters as the comestible ones are near the surface. They tastes at it’s best in winter (months with R) simply because in summer they are producing eggs and that deteriorates the flavour. Summer waters are warmer, and it’s sort of understood they just taste better fished out of cold water. And yes the BAD oyster does exist, not because you left raw shellfish refrigerated or not on ice (which will make you sick). Food poisoning comes from a bacteria presence they picked up along the coast. You will be sick fro 24hrs and it may put your off oysters for a while, tragic, I know!

SHUCK , HOW? – I never opened one myself before until I wrote this post and expected it to be very hard. 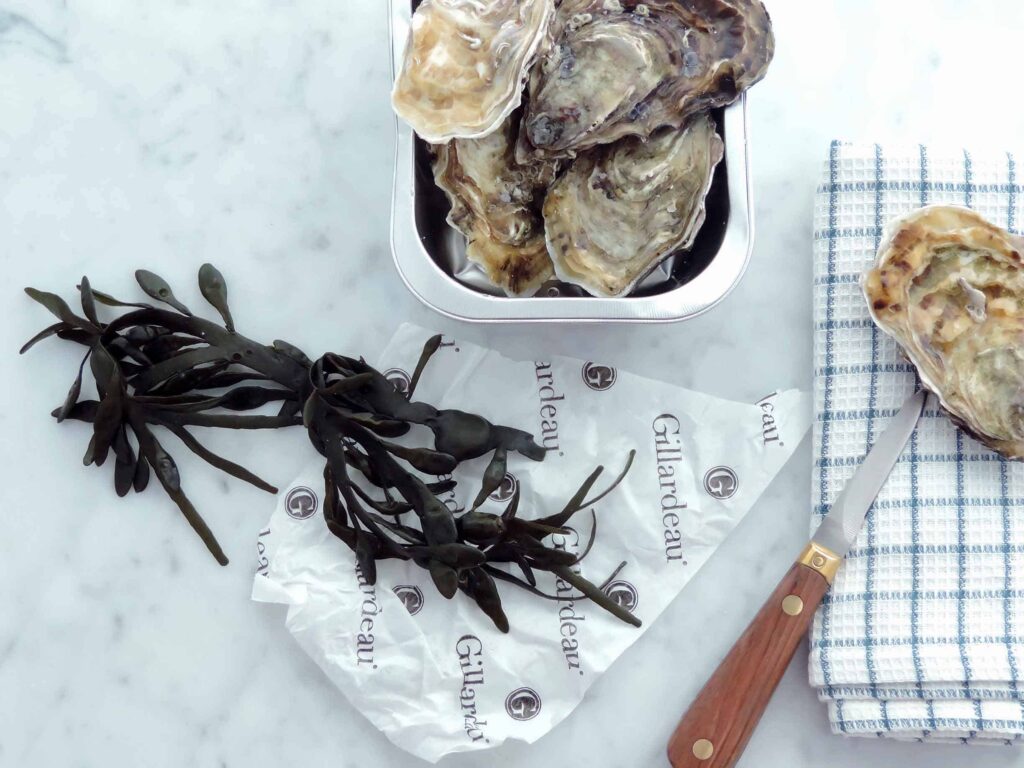 STEP 1: Get the correct knife, a sharp short pointed blade with strong thicker handle is required.

STEP 2: Careful does it, do not hurt yourself! I used an oven glove lined with silicone to hold the oyster and go dig for a little opening near the hinge, once in, gently twist.

STEP 3:  Keep holding your oyster flat once preyed open and cut inside while scrapping the flesh away from the top half. Push open, try to preserve as much liquid as possible inside.

To serve, it’s best to scrap it gently from the bottom shell before serving or adding a topping; avoids spilling.

Written and photographed by Sandra Slawinski without commercial deals. I used my plate from ZaraHome.